A guide to Edinburgh's city festivals, including the Jazz & Blues Festival and the world famous Fringe.
Euro Hostels 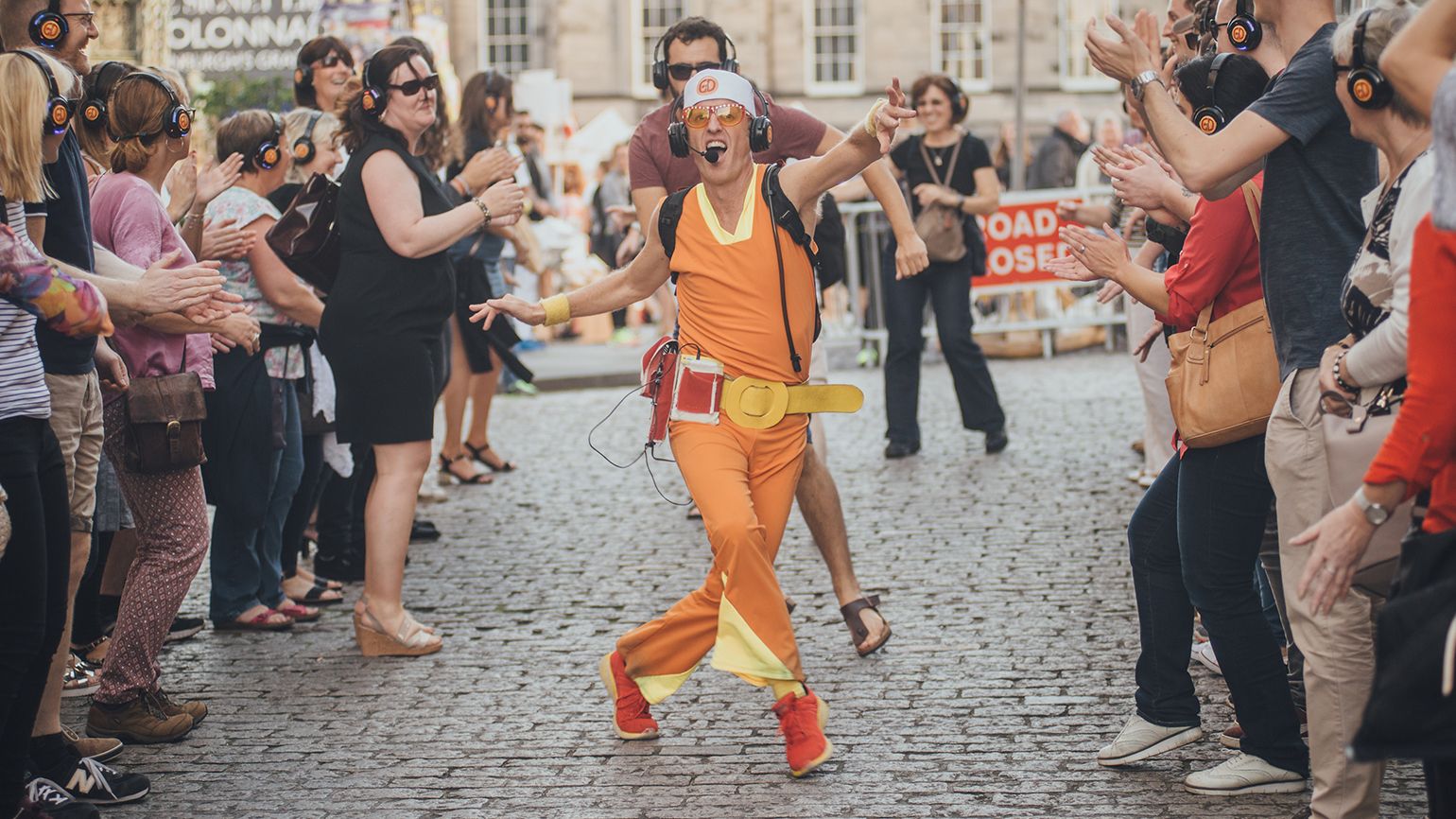 With the opening of Euro Hostel Edinburgh Halls just around the corner we thought you would find this guide to the city’s festivals useful.

This festival is a community one held in the historic vibrant, colourful Port of Leith. Leith is a hub of creativity and cultural diversity - well worth a visit even if you miss the brilliant Leith Festival. The festival boasts a superb programme with art exhibitions, lots of music dance and theatre events and historic tours. All of the events take place in the local bars and gallery spaces as well as The Leith Theatre. In Leith you'll find quirky & cosy bars and some of Edinburgh’s most outstanding restaurants. It is an area like no other uber cool and is bursting with character. Leith is easily walkable from Euro Hostel however there is also a very regular bus service from the city centre.

The Edinburgh International Film Festival is a fortnight of cinema screenings and interesting events throughout the city. It has a unique atmosphere - small in scale but big on ideas and is backed up with huge passion from all involved. There is a real mix of ‘red carpet’ glamour, low key independent film making and exciting discoveries. Film critic Mark Kermode famously described it as "like Cannes - only civilised". The programme is launched on 31st May so keep an eye out.

MagicFest is the UK’s largest magic event. It brings amazing magic back to the live stage with a fun filed programme of close-up magic, unbelievable  illusions, comic cabaret and other feats of the impossible. The festival launches at Summerhall with a 3 day Magic Fair featuring the greatest illusionists from around the world. The festival caters for all ages featuring workshops as well as shows and ends with the amazing Closing Gala which this year has a ‘Levitation’ theme!

The Edinburgh Jazz & Blues Festival is another truly international event. This festival prides itself on having a huge range of awesome music events at affordable prices. You will discover exciting new music, remember old favourites and enjoy intimate one-off gigs from top musicians. The gigs take place in fabulous venues such as The Festival Theatre, Speigeltent George Square and Princes Street Gardens. Top billed artists for 2017 include Jools Holland and his Rhythm and Blues Band, Davina and The Vagabonds, Kandace Springs and The Blind Boys of Alabama. The vibrant, energetic and diverse Carnival Parade is held on the 1st Sunday of the festival (16th July). It features exotic costumes, rhythmic sounds, circus acrobats, giant puppets, drum groups ……. all in all 800 performers !!! It creates a real ‘Mardi Gras’ atmosphere and the celebrations transform the Grassmarket into New Orleans for the day - ONE NOT TO BE MISSED!

The Edinburgh Art Festival is a unique celebration of the visual arts. It is the UK’s largest festival of its type. Artists are supported to deliver ambitious projects, always amazing to see, and the many exhibitions are held in the city’s leading galleries, museums and artist run spaces………. best of all most of the events are free to attend. The festival aims to encourage and reach out to new audiences with the amazing visual arts on display …….. so if you think it’s maybe not your thing give it a try - you might surprise yourself!

Lets be honest this is probably what has drawn you to Edinburgh, ‘The Edinburgh Festival’ and ‘The Fringe’. Firstly the Fringe. It is ‘MIND-BLOWING’. So, so much to see and do. It is sprawling, jaw dropping and exciting. Nowhere has the heady exuberance and sheer diversity of Edinburgh in August. The city comes alive with hundreds of entertainers in a variety of venues across the city. There’s something for everyone and you can see ‘the old pros’ alongside some brand-new talent - its an excellent ‘free for all’ for performers who can just pitch up and ‘perform’. The Fringe is EVERYWHERE and it’s not easy deciding where to go and what to see, especially when you first pick up the hefty programme. The rule of thumb is…

The International Festival is a 'curated festival’. This means its artists and companies (unlike the ‘free for all’ Fringe) are invited to participate. It prides itself on the internationally high standard of its performances and exhibitions. It incorporates visual art, classical music, theatre, opera and dance. The International Festival performances and events are held in some of the cities largest venues, including the Usher Hall and the Playhouse. The end of the International Festival is always marked every year by an awesome Fireworks Concert. The exploding colours shimmer against the backdrop of the magnificent Edinburgh Castle. The Scottish Chamber Orchestra accompany the whizzes, bangs and whooshes. The event is a spectacular finale. You can buy tickets for the fireworks concert and attend inside Princes Street Gardens or you could always find a cheeky spot on the surrounding hills or rooftops across Edinburgh, which is completely free!

Now this is ALWAYS a sell out event ……. so get your tickets booked. The Edinburgh Military Tattoo is an outstanding display of the musical talent of the British Armed Forces, Commonwealth and International military bands. It takes place on ‘The Esplanade’ in front of the historic Edinburgh Castle which makes a magnificent venue for this event. Watch out for the Lone Piper on the Ramparts. It takes place every evening throughout August, come rain or shine.

The International Book Festival, amidst the crazy and intense activity of all the other festivals, seems like an oasis of peace and tranquility. Talking place beneath canvas in the beautiful gardens and surroundings of Charlotte Square, the Book Festival is an international celebration not only of the written word, but also of the big ideas that concern our times. The festival features major names from world literature, debut authors, stand-up comedians, comic book artists, poets and leading thinkers. It is one of few festivals that can boast Franz Ferdinand, Al Gore and J. K. Rowling amongst its previous participants

Enjoy Your Summer of Festivals!