The Best Museums in Glasgow

Glasgow has a huge variety of museums in the city, ranging from art to fossils and football to historical artefacts.
Euro Hostels 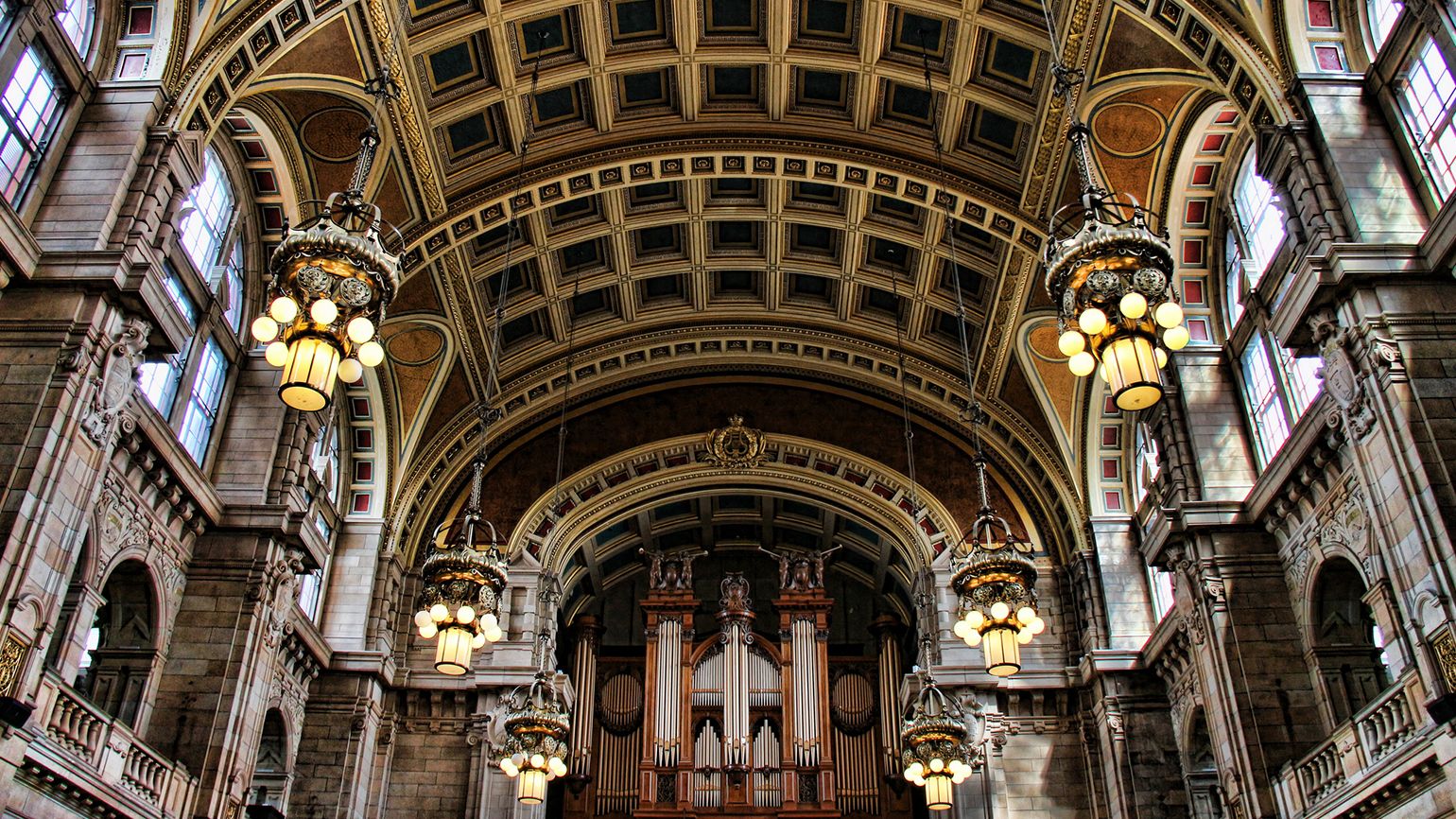 It’s no wonder that Glasgow was named the European City of Culture in 1990 with all the world famous attractions and museums the city has to offer and most of which are free to visit! With a huge variety of subjects to explore from art to fossils and football to historical artefacts there’s something to suit all interests.

We’ve chosen our favourites but there’s even more on offer than these:

One of Scotland's most popular attractions Kelvingrove has over 8000 items on display across 22 themed, galleries. The collections include natural history, arms and armour and periods of history to name just a few. Salvador Dali’s masterpiece ‘Christ of St John of the Cross’ is famously displayed at Kelvingrove as well as a Spitfire plane that hangs from the ceiling and Sir Roger the Asian elephant.

Scotland’s oldest museum was named after pioneering obstetrician, teacher and hoarder Dr William Hunter. It sits in Sir George Gilbert Scott’s building at Glasgow University and the treasures inside echo the Universities reputation as a historical hub of research and discovery.

The Mackintosh House is part of the Hunterian Art Gallery at Glasgow University in the West End of the city. The outside of the house has been created to look like a late 19th century end terrace however inside a recreation of the interior of Charles Rennie and Margaret Macdonald Mackintosh's actual house will enthrall you with its fixtures and furniture.

At the Riverside Museum you can walk back in time as you stroll down an old cobbled street in Glasgow going in and out of shops from 1895 to the 1980s.

Home to some of the finest cars, trams, buses, trains and bicycles in the world you can spend a full day visiting all the exhibits. The winner of the European Museum of the Year in 2013 and located on the banks of the river Clyde you can also take the opportunity to visit the Tall Ship, Glenlee which is berthed outside. The Glenlee is the only floating sailing ship in the UK to be built on the Clyde itself.

Pollok Country Park joins many of the cities other parks by housing another of Glasgow’s finest attractions. The Burrell Collection has more than 8000 items all of which were gifted to the city by Sir William Burrell in 1944.

Burrell was a rich Scottish shipping merchant with a flair for collecting fine art and antiques, so much so that his collection was one of the greatest to ever be collected by one person. Amazingly it includes the works of Rodin, Degas and Cézanne as well as items of medieval art and items from ancient civilizations.

When the collection was gifted to Glasgow his conditions were that each item be well cared for, protected from the environment and displayed for people to visit no further than 16 miles from Glasgow City Centre. His wish came true in 1983, a long time after the collection was given to Glasgow, when the Burrell Collection opened in a specially designed building within Pollok County Park.

Now as well as the permanent collection the Burrell often welcomes temporary exhibits to its collection.

You’ll have to wait to visit the Burrell Collection as in October 2016 it was closed for a 4 year, £45 million refurbishment, however during this time 100 of its finest items will tour the globe.

The Scottish Football Museum opened in 2001 within Hampden Park stadium. It shows Scotland’s long history with football and helps to inspire future generations to be involved with the sport in years to come.

The 2500-piece collection proudly shows the world’s oldest cap and match ticket from the first international match in 1872. At present it’s the largest collection of football-related memorabilia in the world.

As you tour the museum you can also take in a tour of the impressive national stadium too. When you’re in the tunnel will you hear the famous ‘Hampden Roar’?

At Glasgow Green, the oldest public space in the city, you’ll find the People’s Palace. It tells Glasgow’s story giving you an insight into the city and its people going back as far as 1750. The Winter Gardens are filled with palms and plants and you can take it all in while visiting the café before stepping outside to see the Doulton Fountain. Recently restored the fountain has pride of place on the green.

The exhibitions at the People’s Palace include historic items, art, photographs, films and interactive displays. It’s a definite must see to learn more about how Glaswegians lived, worked and played.

Built between 1903 and 1906 Scotland Street School Museum is a fascinating museum showing the Scottish education system in the 19th and 20th century all wrapped up in the amazing architectural design of Charles Rennie Mackintosh.

Sitting in the Tradeston district of Glasgow it looks slightly out of place with its grand glass front and turret staircases. In the late 1970s as shipbuilding on the Clyde fell into decline the school that had a capacity for 1250 pupils educated only 89 children and as a result it closed as a school in 1979.

Today it’s a popular museum not just for those keen to take a step back in time to a classroom from the 50s or 60s but for those interested in the work of Mackintosh. Take a seat in an old classroom, dress up in old uniforms and even wear a dunce’s caps if you’re brave enough!

Glasgow is the home of one of the only museums in the world that is devoted exclusively to the subject of religion. It opened in 1993 and is named after St Mungo who is Glasgow’s patron saint. Located in Cathedral Square at Glasgow Cathedral the museum aims to teach people about different religions and create an understanding between different faiths and beliefs, even those who have no faith at all.

3 galleries show a large selection of art and artefacts and visitors can learn about Scotland’s main religions, visit a zen garden, see an amazing carving of the Hindu god Shiva Nataraj and a sculpture showing Islamic calligraphy.

Sitting opposite the St Mungo Museum of Religious Life and Art by Glasgow Cathedral this house dates back to 1471. The oldest surviving building of its kind in Glasgow it is now a Grade A listed monument and gives us a snapshot of what life was like when James III was King.   Originally this building was part of a complex commissioned by the Bishop of Glasgow that was to include St Nicholas's Hospital and Chapel. Today this building is the only part that’s left and it is now a museum with a small garden at the rear. It’s 17th century furniture was donated by Sir William Burrell (The Burrell Collection).

House for an Art Lover

It’s based on a 1901 design by Mackintosh but isn’t an original piece of his. It was built between 1989-96 and is a tribute to Mackintosh and his artist wife Margaret MacDonald. The original design was entered into a competition by Mackintosh himself challenging architects to design a ‘grand house in a thoroughly modern style’. He was disqualified on technical grounds and nearly a century later local civil engineer Graham Roxburgh sought to bring the design to life in Bellahouston Park.
House for an Art Lover – as the German competition’s title Haus eines Kunstfreundes translates was opened in 1996 and is a popular attraction for visitor and private functions including weddings.

With its walled garden, music room, grand hall and amazing architecture this one is not to be missed.

Acquired by the National Trust for Scotland in 1982 the Tenement House looks just like any other house of its style in Glasgow from the outside. The building itself looks identical to thousands of other flats just like it that line Glasgow’s city streets however inside you will be invited into a glimpse of Glasgow Victorian life.

The 4 room flat has been restored to look just as it would when Agnes Toward lived there for the first half of the 20th century. An independent lady, she lived there as a child with her family after they moved there in 1911 and she stayed there until she died in 1939. After the death of her daughter in 1965 the flat became an educational attraction.

With old coal stoves, marble sinks, gas lighting and an outdoor loo you can walk around this old home and get a taste of what life was like before indoor toilets and iphones became part of our normal daily lives.

Opened in June 2001 the Glasgow Science Centre is a visually striking building at Pacific Quay. It has a titanium-clad crescent shape, fully windowed north-facing facade and its 105-metre tower is Scotland’s tallest freestanding structure.

The main Science Mall has over 250 science-learning exhibits all of which encourage interaction and play in an informal educational setting. See over 9,000 twinkling stars in the huge planetarium or visit the 370-seater IMAX cinema, the first of its kind in Scotland.

The tower has had no end of problems since it opened only being functional for 80% of its life. However, after a 4 year, £2 million overhaul it opened just in time for the 2014 Commonwealth Games and visitors can now take a trip to see a 360-degree view of the city spanning 20 miles. It’s the only structure on earth that can rotate 360 degrees into the prevailing wind – no wonder it’s located at the science centre then!

Located within Pollok Country Park, Pollok House was built in 1752 as a home for the Maxwell family who lived on the Old Pollok Estate for 700 years.

When it was gifted to the City of Glasgow by its final heir Dame Anne Maxwell it became a popular visitor attraction.   Today it’s owned by the National Trust for Scotland and you can tour the many extravagant spaces within it including a billiard room and a library for 7,000 books. You can also see paintings by William Blake and one of the UK’s finest collections of Spanish art.

The grounds of the house are extensive and include mountain bike trails, woodland walks along the river Cart and fields of Highland Cows.

Designed by Victorian architect Alexander 'Greek' Thomson Holmwood House is described as his domestic masterpiece. Situated in Cathcart, it was completed in 1858 for James Couper, a local business man and changed hand several times before being purchased by The National Trust for Scotland 1994. They undertook some restoration work to uncover some of the beautiful original decorative features that had been covered over by some of its previous owners.

Today you can tour the beautiful house and its grounds.