There are some great events in Glasgow this Autumn, from food, to gaming, Banksy restoration, an Instagram-worthy light show and a load of epic gigs.
Euro Hostels 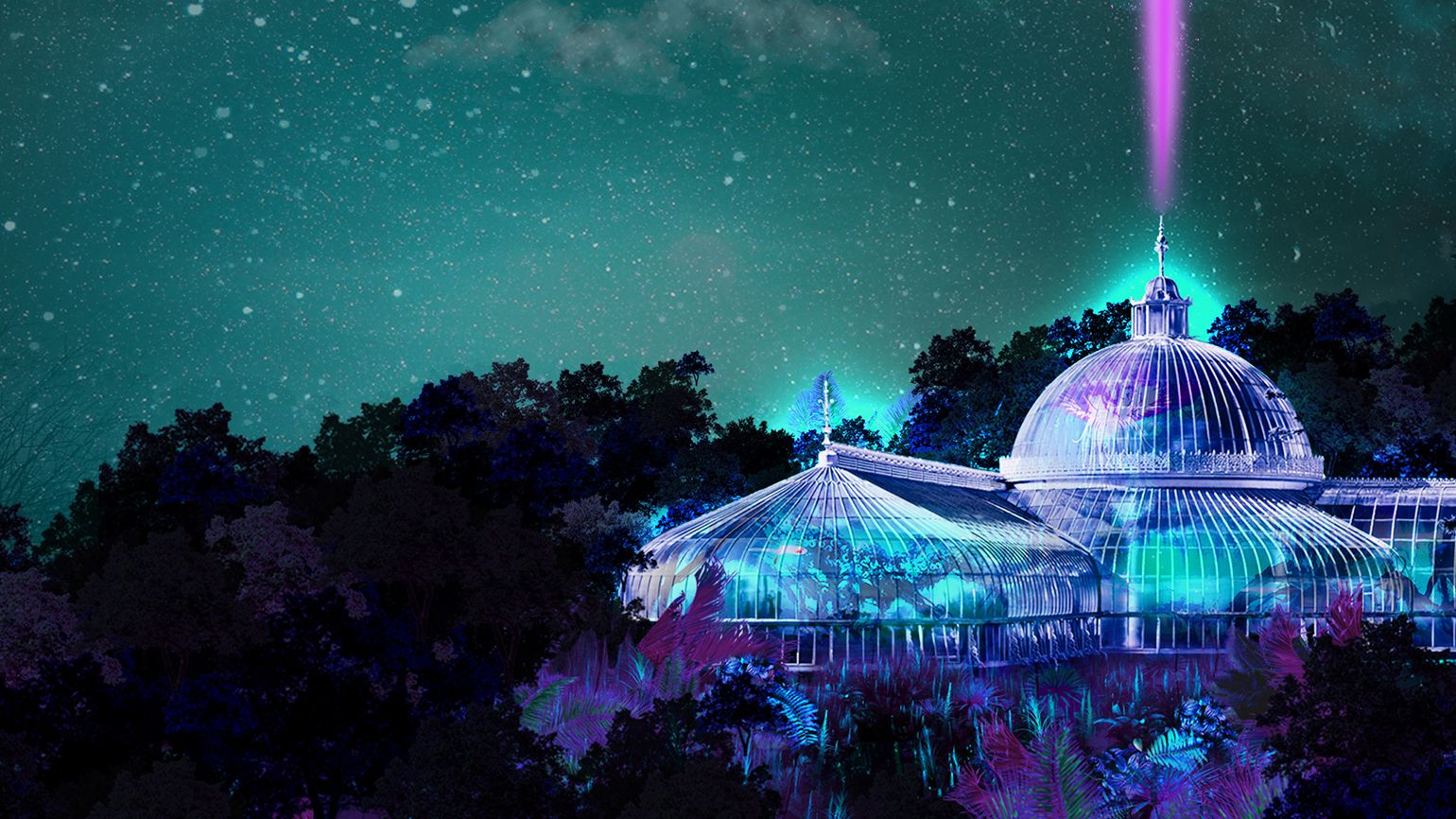 So far, we’ve had a pretty epic year here in Glasgow. We welcomed the continent’s best athletes as we hosted the action-packed European Championships - and our legendary TRNSMT festival saw performances from the likes of Arctic Monkeys and Queen. Laughs were cracked at the Glasgow International Comedy Festival and tears were shed at the moving films of Glasgow Film Festival. But does this mean that the fun’s now over? Aye right! We’ve still got some unmissable events lined up this autumn. Here are some of our top picks:

This event is set to be hugely popular. In fact, it’s generated so much buzz that they’ve even had to add extra dates – and we can see why! The city’s renowned Botanic Gardens will be transformed into a mystical and magical realm of light and sound. A light display like no other is going to create a mesmerising fantasy world, complete with dragons, flames, beams and sparkle. There’ll even be fire pits for toasting marshmallows! So get your phone at the ready – ‘cause you’ll definitely want to Instagram this.

Calling all foodies, this one’s for you. The BBC Good Food Show is coming to Scotland and it’ll take place at our SEC Centre. Celebrating the best of Scottish cuisine, the show will feature top chefs and experts, cooking inspiration, pop-up restaurants and a range of independent food stalls. And you won’t want to miss the show’s biggest event – The Big Kitchen – because there’ll be cooking demos and interviews from celeb chefs like Paul Hollywood, John Torode and bake off winner Nadiya Hussain. 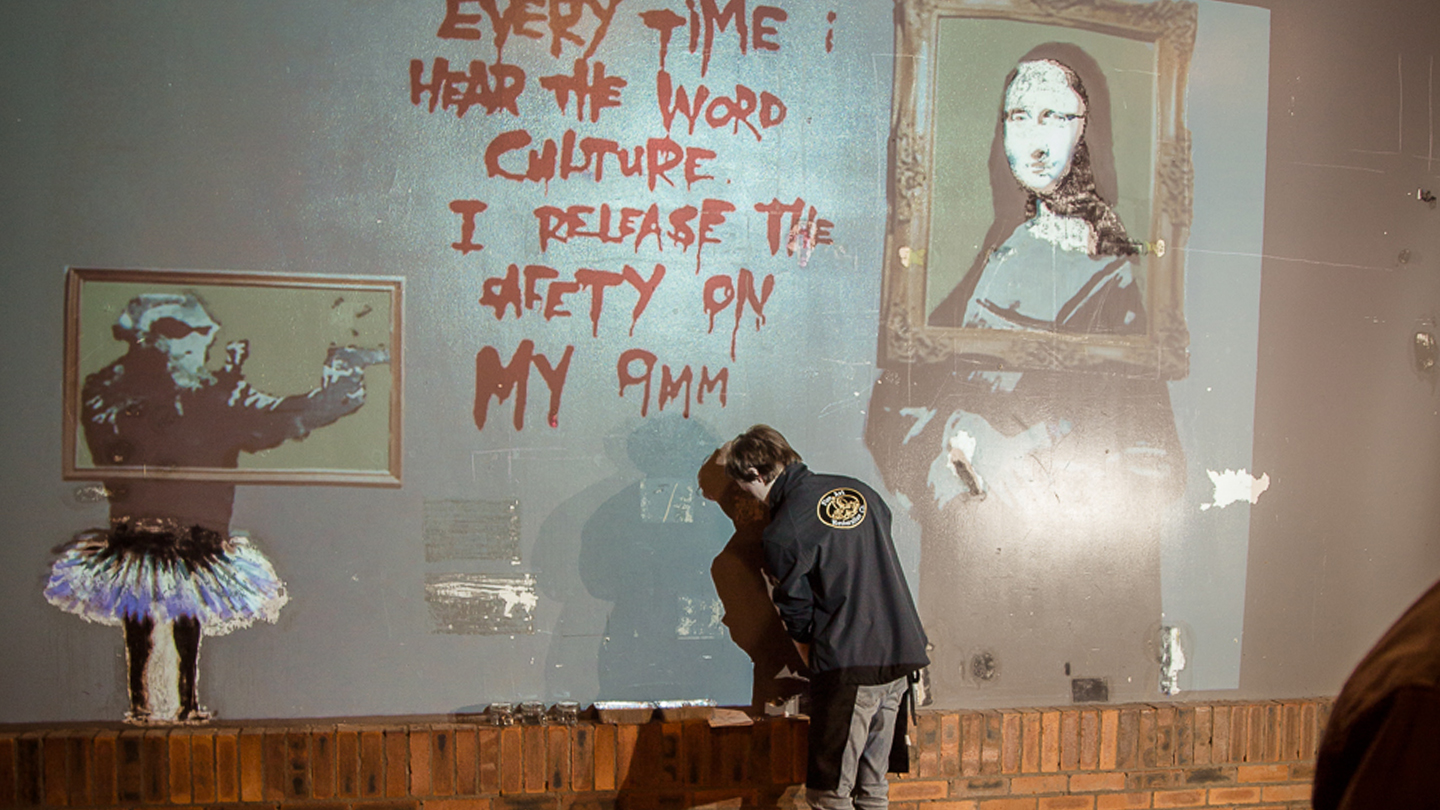 Back in 2001, enigmatic street artist Banksy left three murals inside the walls of The Arches, a previously popular entertainment venue in Glasgow’s Argyle Street. But when the spot was forced to shut down, the beloved ‘Peace is Tough’ exhibition was painted over. It looked like Scotland’s only recorded Bansky art was gone forever. That is, until now – because with the reopening of The Arches (it’s now a yummy street food market), plans have been put in place to uncover the legendary work. From now until November, you can watch the restoration happen - so why not pop down and take a wee peep at the city’s hidden art.

This is a free event, so just head down on a Saturday or Sunday to catch a glimpse.

This jam-packed festival is filled with all-things-vegan – it’s got food stalls, cooking demos, inspirational talks, workshops and yoga. Fancy learning how to make non-dairy milk from nuts and grains? Or how about learning to meditate with ‘mudra’? If not, we’re sure you’ll love the immense range of stalls. You’ll find vegan cupcakes, ‘Chease’, pies, bath bombs, soaps, free recipes and magazines, candles, clothing and even art painted by a pony (yep, there’s an actual painting pony, his name’s Mo-Neigh). It’s vegan heaven! And even if you’re non-vegan you can still have a fab time learning more about the lifestyle.

Tickets are £3 and payable on the day at the door. Or you can get VIP tickets at www.veganeventsuk.co.uk/glasgow-vegan-festival

If you think Oktoberfest in Glasgow is going to consist of people standing on benches in a huge tent, swaying and singing along to music while drinking their giant steins of beer… then you’re absolutely right. Because Oktoberfest is bringing the beloved German tradition straight to Scotland – it’ll have authentic German beer, German food, and most importantly, the treasured Oktoberfest atmosphere. So if you have a hankering for a beer, a bratwurst and a sing-a-long, get down to the Queen’s Park Recreation Ground to be part of the celebrations. 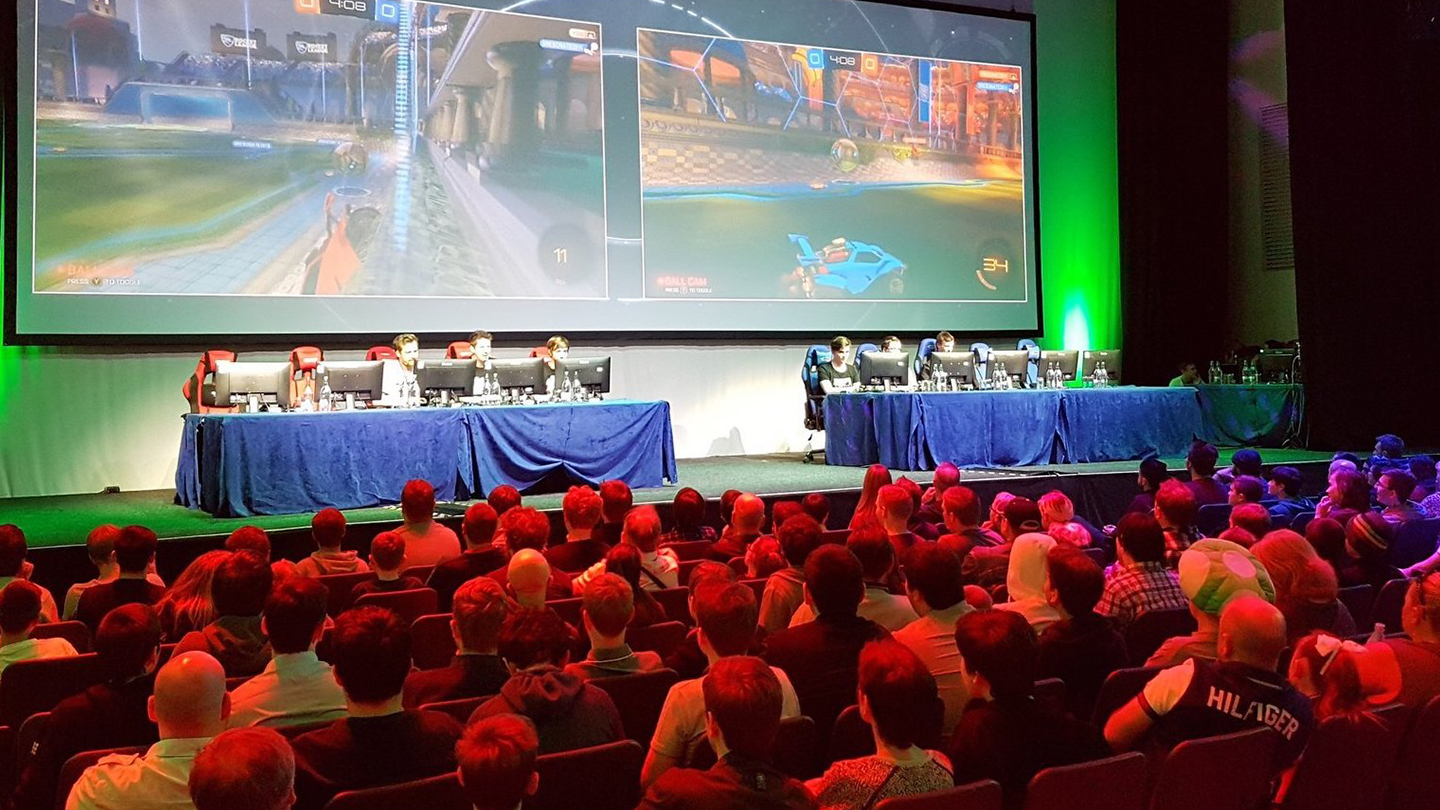 Gamers won’t want to miss Scotland’s biggest and best gaming festival. Resonate is back for its third year and is crammed with the most exciting gaming events. The main stage will feature panel talks, discussions and live gaming from the biggest gamers around. You’ll even be able to meet and greet sensational Youtubers like Syndicate. There’s a huge range of zones to check out too – the Over 18s hall, featuring adult-only games, the Retro Zone, for old-school gaming and an Indie Zone, showcasing the best independent games. You’ll also be able to take part in gaming tournaments - as well as workshops like the BAFTA Young Gamer Designer sessions. It’s an action-packed event that’s crucial for gaming fans!

Glasgow is known for its incredible music scene. From world-renowned icons at the £125 million SSE Hydro arena, to up-and-coming talent at King Tut’s, the “finest small venue in the world” according to NME. You’ll always be able to catch an epic gig in Glasgow. Here are some gigs you can catch at the end of the year:

Notorious ravers The Prodigy are kicking off their UK and Europe tour in our very own Glasgow SEC Centre. The tour will coincide with the release of their seventh studio album ‘No Tourists’ and is set to be a huge sell-out event. Expect chaos, strobe lights and devil horns this November as the firestarters take Scotland by raving storm.

Beatles legend, Paul McCartney, will only be hitting three UK venues during his ‘Freshen Up’ world tour – and Glasgow is one of them. The fab-four hero will be performing his own solos, as well as Beatles classics, in his first Scottish tour in almost a decade. So if you fancy belting out Hey Jude with non-other than Macca himself, now’s your chance.

Florence + the Machine at The SSE Hydro (17th Nov)

Glasgow welcomes Florence Welch later this year as she heads on her highly anticipated UK arena tour. The ‘You Got the Love’ singer will be performing her newest album release ‘High As Hope’ which will feature recent hit song ‘Hunger’. We can’t wait to check out the atmosphere of the SSE when it’s hit by Flo’s roaring vocals!

Indie rock band The Courteeners are yet another incredible act that’ll be taking the stage of Glasgow’s SSE this year. After a successful summer of unforgettable festival performances – and after celebrating the 10th anniversary of their hit debut album St. Jude – Liam Fray and co. are embarking on a winter tour across the UK. The rockers aren’t shy of live shows, so it’s bound to be as spectacular as usual.

Following the release of ‘Reduxer’, a remixed version of their 2017 album ‘Relaxer’, indie rock trio Alt-J are set to tour the UK. Catch them at Glasgow’s SEC Armadillo performing beloved tunes like ‘In Cold Blood’ and ‘Breezeblocks’. Their new remix album is heavily influenced by hip-hop – so it’s likely that this gig might give you a snippet of their new vibe.

Lily’s back - and she’s heading on tour to perform her most recent album ‘No Shame’. After a four-year wait, her new album has received raving reviews, with NME dubbing it ‘bold and confident’. We can’t wait to hear it live. Especially at Glasgow’s famed (and very Instagrammable) Barrowland!

Book Your Stay in Glasgow with Euro Hostel

Glasgow certainly has loads more to offer this year. Whether you’re a couple who’s up for exploring the GlasGLOW Botanic Gardens, a family whose kids are desperate to hit Resonate gaming festival, a backpacker eager to spot Scotland’s Bansky murals, or a group of gig-crazy mates – Euro Hostel Glasgow has budget-friendly accommodation to suit everyone.

We’ve got single beds from just £10 – as well as amazing low-cost private suits for groups. So if you’re planning a wee trip to the Scottish city, book your Euro Hostel Glasgow stay now!