Glasgow - An average two days in a not so average city

We spent two days in Glasgow, discovering what we could about this great city. Read our guide to Glasgow.
Euro Hostels 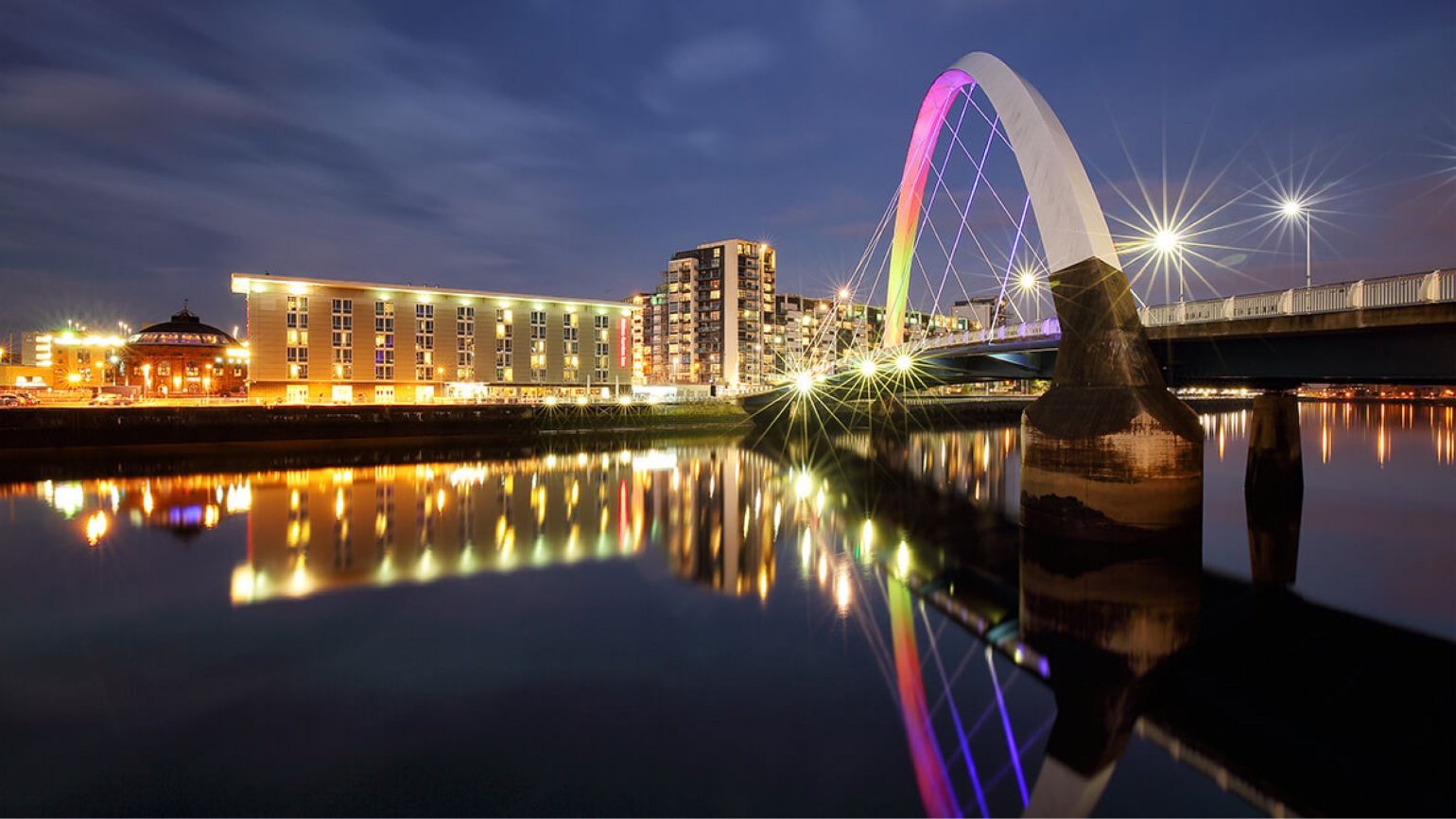 Most backpackers enjoy Glasgow’s sights and sounds, on average, for two days.

With so much to cram in however - what are the not-to-be missed highlights? From the endless shopping streets and malls to the art and culture widely celebrated throughout the city, there is much to ponder.

A city rich with style and culture today but steeped in working class history of yesterday. Where the café culture of Royal Exchange Square meets the calloused fingers of it shipbuilding past. The echoes of the bunnet-ed men of yesteryear against the ever-present sound of high heels and Blackberrys at every turn gives a modern city experience against a Victorian architectural backdrop.

Day One in Glasgow

So to day one – a bright and early stroll through the city centre to the St. Mungo Museum of Religious Life and Art, boasting Britain’s first ‘Zen Garden’, where peace and tranquillity can be experienced at the heart of the bustling city. Next to which lies Glasgow’s impressive 15th century Cathedral and Necropolis, the latter offering un-paralleled views of the city.

Enjoy a mid-morning coffee in one of Royal Exchange Square’s many outdoor cafés (weather permitting) before taking in GoMA (Gallery of Modern Art), featuring regular exhibitions and work by local, national and international artists.

One of Glasgow’s major plus points is the wide-range of culinary offerings from all manner of nations, including its own. For those seeking lunch with a traditional (budget) Scottish feel, should look no further than the Ingram Bar on Queen Street, however, only if the intended option is Haggis, Neeps & Tatties. The afternoon should also start with a warm glow with a nip or two of one of the many Malt Whiskies on offer. Or for something a bit more upmarket, The City Merchant on Candleriggs should suit those with a more refined palate.

It is possible to become ‘museumed-out’, so there would be no better time to hit Glasgow’s fantastic shopping scene – proudly said to be second only in Britain to London. There are designer labels, high street stores and more to be had at every turn for fashion and bargain-istas alike. The Tenement House, where visitors can experience 19th century Glasgow living or The Glasgow School of Art, await the more culture-hungry.

Glasgow’s nightlife is varied and suits all tastes for what constitutes a good night out. If dinner and a few civilised drinks are needed after a hard day’s sightseeing, Soho on Miller Street offers food and wine in a relaxed, welcoming atmosphere at a reasonable cost. Then moving on to the snug Blue Dog for cocktails allows the night to meander into the wee small hours.

For those with a hardier constitution, The Arches regularly hosts internationally renowned DJs underneath Central Station. Royal Exchange Square and Bath Street are trendy bar heaven, most notably One Up and Bunker Bar, for those wanting to be seen. Sauchiehall Street is where cheap student promos rule for customers who don’t mind getting down and dirty.

Depending on the previous night’s frivolities, day two may start later. Brunch at the Brunswick Hotel’s fabulous ‘Brutti Ma Buoni’ restaurant is sure to blow away any lingering cobwebs before a trip to the ‘West End’.

This laid-back bohemian district of Glasgow has an entirely different feel than that of the fast-paced city centre. Laden with cafes, bars, boutiques and tearooms, the ‘West End’ definitely requires a visit, if not for the stunning Kelvingrove Art Gallery and Museum alone.

Easily reached by Subway from the city centre, Kelvingrove Art Gallery is the centrepiece of Glasgow’s art and culture scene. Re-opened in 2006 after an extensive renovation, the museum holds 22 themed, state-of-the-art galleries holding an astonishing 8,000 objects from Salvador Dali’s ‘Christ of St John of the Cross’ to a full-scale restored Spitfire. As an added bonus, it should be pointed out, the majority of Glasgow’s museums have no entry fee.

After a few hours browsing the delights of the museum, a wander through Kelvingrove Park admiring the architecture of the University of Glasgow founded in 1451AD should work up an appetite for a late lunch. Oran Mor, on Byres Road, offers patrons ‘a play, a pie and pint’ featuring some of Scotland’s biggest stars. If that is not your bag then Booly Mardy’s offers superb food and some of the best Bloody Marys on the planet.

To take the journey towards it close the live music scene is always worth taking a look at in Glasgow. Whether it is big-name acts playing the SECC or Hampden Park to scouting the next big thing at the world famous King Tuts Wah Wah Hut, there is a sound or style to match on any given night. And of course a night cap is customary to ‘haste ye back’ after spending an average two days in a not so average city.

Please Note: All of our information is correct at the time of publishing.